Why Is My Boyfriend Acting The Way He Is 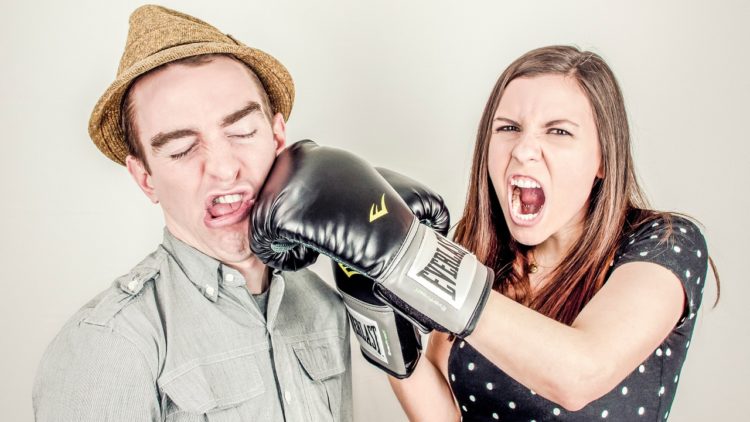 If you and your boyfriend have enjoyed an easy going and loving relationship than all of a sudden he starts acting cold and standoffish, you’re probably wondering: why is my boyfriend acting the way he is? Of course, I can’t answer that with 100% assurance, but I can offer a few things for you to consider that may help you get to the bottom of the issues.

It’s easy to get insecure when your boyfriend suddenly seems to be pulling back from you and your relationship, but the truth is it may have nothing to do with your relationship at all and that’s why it’s very important to be careful how you respond. For example, if your boyfriend is concerned over losing his job and under a lot of stress he may not want to talk about it, but it might be very much on his mind. If you misunderstand and assume he’s acting like that because he’s seeing someone else or he wants to break up with you, you can make things worse. If he’s going through something difficult he will need to know that he can count on you, not be interrogated by you.

To be honest though, it’s not all your fault. If your boyfriend won’t open up about the way he feels it can make it very difficult for you to know what to do. One of the best things the two of you can do is to go see a counselor and learn how to effectively communicate with each other.

Of course, there is always the very real chance that your boyfriend is behaving oddly because he is unhappy with the relationship and has either met someone else or is considering breaking up with you. It can be very difficult to tell the difference since either one of these things may cause your boyfriend to pull back from you. If he used to hold your hand when you were in the car but lately doesn’t seem interested you may have a problem.

Any change in the way he acts towards you or around you is something that you should not ignore. This doesn’t mean you should hound him for an explanation, but you are in the relationship too and you do have a right to know what is going on and what he is thinking. Many men will hide behind the ‘it’s a guy thing and we don’t talk about feelings’ garbage, but don’t buy it. They can and do talk, they can sometimes just be cowards who are afraid to tell you the truth. Many people, men and women, actually find it easier to lie than to confront a real issue, your boyfriend may be one of those people.

If your boyfriend has started acting differently and you want to know why is my boyfriend acting the way he is there are no easy answers. The truth is that there is something going on. Whether or not that ‘something’ has anything to do with you and your relationship can only be answered by your boyfriend. Don’t be afraid to talk to him and you have every right to expect an honest answer. Just don’t start jumping to conclusions and accusing him of something or you will only make things worse.

Brittany is an experienced hopeless romantic with more knowledge on Tinder and dating than she would prefer to have. She's the perfect candidate for providing real-world insight on common problems with relationships, breakups and online dating.